Home » Articles » Things To Do » From Kokomo To The Q-C: Beach Boys Surfing Into Rhythm City

Sean Leary January 27th, 2020 Things To Do, Music, Local, Events, Entertainment, Davenport Share:
They made their way to Kokomo, and now they’re making their way back to the Quad-Cities.
With or without John Stamos. (Sorry, Uncle Jesse…) 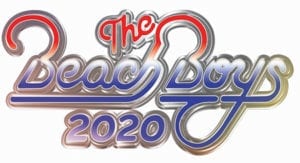 The Beach Boys will pull into town to perform on Sunday, August 16, 2020 at Rhythm City Casino Resort in Davenport, IA. Tickets range from $45 to $85 depending on seat selection. Tickets go on sale Friday, January 31 at 10 AM CST and can be purchased online at rhythmcitycasino.com, by phone at 844-852-4FUN or in person at The Market gift shop inside Rhythm City Casino Resort. Since lead-singer man Mike Love penned the lyrics to The Beach Boys’ first hit, “Surfin’” (1961), dozens of the bands chart toppers have become eternal anthems of American youth:  “Surfin’ USA,” “Surfer Girl,” “Fun, Fun, Fun,” “I Get Around,” “California Girls,” “Help Me Rhonda,” “Barbara Ann,” “Good Vibrations,” “Wouldn’t It Be Nice,” “Rock and Roll Music” and “Kokomo.”

The Beach Boys have sold over 100 million records worldwide and have received more than 33 RIAA Platinum and Gold record awards.  The Rock And Roll Hall of Famers where also honored at the 2001 Grammy Awards with the Lifetime Achievement Award. With more than five decades of touring under their belts, The Beach Boys have performed more concerts than any major rock band in history.

Sounds Of Summer: The Very Best Of The Beach Boys, Capitol/EMI’s 30-track collection of the band’s biggest hits, has achieved triple-platinum success with sales of more than three million copies in the U.S. since its release.

Sean Leary
Sean Leary is an author, director, artist, musician, producer and entrepreneur who has been writing professionally since debuting at age 11 in the pages of the Comics Buyers Guide. An honors graduate of the University of Southern California masters program, he has written over 50 books including the best-sellers The Arimathean, Every Number is Lucky to Someone and We Are All Characters.
See More Articles From Sean Leary
Tagged: Beach BoysKokomolocal concertsMike LoveRhythm City Casino