Dawn And On Dawning On Q-C Music Scene July 9

It’s a new dawn for Dawn And On.

The popular Quad-Cities Jam Band The Dawn will be hosting their second annual Dawn and On Festival on July 9. The all-day music festival will once again take place outside at Len Brown’s North Shore Inn in Moline.

Drawing off the success of their inaugural fest last summer which drew more than 1,000 fans, this year’s event will feature regional and national touring acts including Soap, Joe Marcinek, Driftless Sisters and The Candy Makers.  The Dawn will once again headline the event.

Festival promoter Mike Mathews is excited to be bringing Dawn and On back for a second year.  “I love the talent we were able to secure for this year, said Mathews.  “Last year was a huge experiment in a lot of ways so to be able to grow and build in year two feels outstanding.” 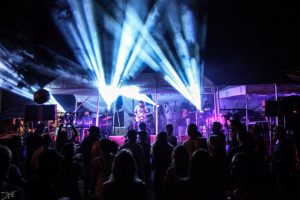 In addition to the regional acts, the festival will also feature sets from local staples such as Have Your Cake, Rude Punch and The Low Down.

Along with the ten bands on the bill, Dawn and On 2016 will feature an expanded light show, more vendors and a few “surprises.”  This year’s fest will also once again feature a performance from Bottoms Up QC Burlesque.

Tickets will be $5 at the gate.  More information can be found at www.thedawnband.com.

Sean Leary
Sean Leary is an author, director, artist, musician, producer and entrepreneur who has been writing professionally since debuting at age 11 in the pages of the Comics Buyers Guide. An honors graduate of the University of Southern California masters program, he has written over 50 books including the best-sellers The Arimathean, Every Number is Lucky to Someone and We Are All Characters.
See More Articles From Sean Leary
Tagged: Bottoms Up QC BurlesqueDawn and On FestivalDriftless Sisters and The Candy MakersJoe MarcinekSoapThe Dawn