Country music singer Cole Swindell is back on tour, this time with some added star power! 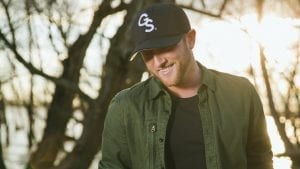 Colden Rainey “Cole” Swindell is an American country music singer and songwriter. Swindell has written singles for Craig Campbell, Thomas Rhett, Scotty McCreery, and Luke Bryan, and has released two albums for Warner Bros. Records Nashville. The first album has produced four singles: “Chillin’ It”, “Hope You Get Lonely Tonight”, “Ain’t Worth the Whiskey”, and “Let Me See Ya Girl”, all of which have charted in the top 5 of Hot Country Songs and/or Country Airplay.

This newest trek updates the name of Swindell’s Reason to Drink Tour – his first headlining trek that he began in February 2018. Upping the star power of this next leg of the tour will be guest Dustin Lynch, who released his latest album Current Mood in 2017 and enjoyed his fifth Number One song with that album’s lead single, “Small Town Boy.” Supporting them throughout the trek will be “Doin’ Fine” singer Lauren Alaina.

Tess Abney
Tess Abney was born and raised in the Quad Cities. Her passion for writing and entertainment was apparent at a very young age. Whether it is sharing local events and businesses with readers or sharing her thoughts on life, she finds comfort in the way words can bring people together.
See More Articles From Tess Abney
Tagged: Cole SwindellcountryDustin LynchEventsLauren Alainalive musicQuad CitiesReason to Drink Another TourTaxSlayer CenterThings To Do