Home » Articles » Things To Do » Circa Brings The ‘Fever,’ ‘Kinky,’ ‘Beauty’ And More In New Season

Circa Brings The ‘Fever,’ ‘Kinky,’ ‘Beauty’ And More In New Season

Sean Leary June 26th, 2019 Things To Do, Theatre, Rock Island, Local, Events, Entertainment Share:
Located in downtown Rock Island, the Circa ’21 Dinner Playhouse has been treating audiences to the finest in dining and professional stage entertainment for the past 42 years. For the venue’s sure-to-be-spectacular 43rd season, beginning this November, the venue is proud to announce a lineup boasting six sensational productions – among them a legendary musical-comedy classic, a returning Christmastime favorite, a winner of six Tony Awards including Best Musical, and the Circa ’21 debut of a Tony-winning Broadway and Disney smash!
Circa ’21 productions are performed on Wednesdays, Fridays, and Saturdays at 7:45 p.m. (with doors opening at 5:45 p.m. and a buffet dinner served from 6 to 7 p.m.), Sundays at 5:45 p.m. (3:45 p.m. doors, 4 to 5 p.m. dinner), and Wednesday matinées at 1:30 p.m. (11:45 a.m. doors, noon plated lunch). Each performance is also preceded by a 15-minute stage entertainment with the Circa ’21 Bootleggers, one of only two performing wait staffs in the entire country! Tickets for the Wednesday through Sunday evening performances are $51.98, tickets for the Wednesday matinées are $45.15.  Beginning with the new season, the theater will have a facility fee of $1.50 per ticket.
Season subscriptions for the 2019-20 season – available in Bronze ($188.08), Silver ($217.86), Gold ($233.88-249.96), and the all-access Diamond ($585). Individual tickets may also be purchased through the Circa ’21 ticket office. For reservations, contact the theatre at 1828 Third Avenue, Rock Island or by calling 309-786-7733 Ext. 2 or by visiting circa21.com.
Circa ’21’s 43rd-anniversary season begins with the return of joyous, holiday-themed musical comedy for the whole family: ELF: THE MUSICAL (November 6 through December 29, rated PG). Based on the beloved film comedy starring Will Ferrell, this hilarious fish-out-of-water comedy follows Buddy the Elf on his quest to find his true identity. A modern-day holiday classic sure to make everyone embrace their inner elves, this delightful and touching treat will have audiences echoing Buddy’s jubilant sentiment: The best way to spread Christmas cheer is singing loud for all to hear!
Rock Island’s dinner theatre will follow this holiday hit with one of the venue’s most-requested new titles, and the winner of six 2013 Tony Awards: KINKY BOOTS (January 15 through March 14, rated PG). With its score by pop icon and Tony winner Cyndi Lauper, this adaptation of the movie hit finds Charlie Price reluctantly inheriting his father’s failing shoe factory. Trying to live up to his dad’s legacy, Charlie finds inspiration in the form of Lola, a fabulous entertainer in need of some sturdy stilettos. A joyous musical celebration about the friendships we discover and the belief that you can change the world when you change your mind, the Quad Cities debut of KINKY BOOTS will lift your spirits to high-heeled heights! 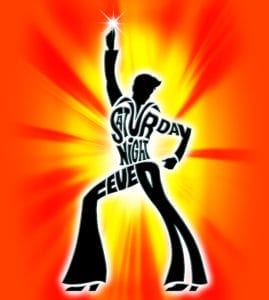 Another area premiere, and another film adaptation, lands next with the disco-fueled thrills of SATURDAY NIGHT FEVER (March 18 through May 16, rated PG-13). Based on the Oscar-nominated 1977 movie phenomenon that launched the disco era and made John Travolta a household name, this electrifying new musical features iconic songs from the Bee Gees – among them “Disco Inferno,” “How Deep Is Your Love,” and the unforgettable “Stayin’ Alive” – and the high-octane energy is sure to keep audiences dancing in their seats!
A tale as old as time, yet one presented in the modern-Broadway spirit, arrives next with the Circa ’21 debut of a Tony-winning stage phenomenon: DISNEY’S BEAUTY & THE BEAST (May 20 through July 18, rated G).Audiences are invited to step into the enchanted world of Belle, a young woman from a provincial town, and the Beast, a young prince trapped under the spell of an enchantress. Along the way, they’ll be reunited with favorite characters from the Oscar-winning 1992 animated film, as well as all of the familiar Alan Menken tunes (and a few new ones) that all ages adore, including “Belle,” “Be Our Guest,” “Gaston,” and the unforgettable title number. This much-requested title is sure to be family theatre at its finest! 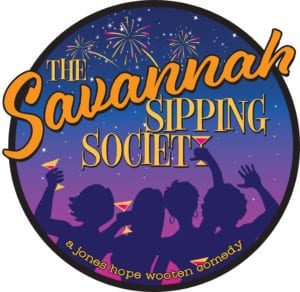 Taking a momentary break from musicals, Circa ’21 will follow its Disney hit with the Quad Cities premiere of a sweetly riotous comedy: SAVANNAH SIPPING SOCIETY (July 22 through September 12.)  Written by the popular team of Jesse Jones, Nicholas Hope and Jamie Wooten – the trio that gave crowds such previous Circa ’21 entertainments as “The Dixie Swim Club” and “Mama Won’t Fly”  this delightful and touching comedy features four unique Southern women drawn together by fate … plus an impromptu happy hour! In the process, they discover lasting friendships and a renewed determination to live in the moment, resulting in a sassy yet moving joy that audiences won’t want to miss!
Circa ’21 wraps up its phenomenal 43rd season with the long-awaited return of a Frank Loesser classic from the Golden Age of Broadway: GUYS & DOLLS (September 16 through November 7, rated G). After gambler Nathan Detroit bets his friendly rival Sky Masterson that Sky can’t get virtuous Sarah Brown out on a date, Sky negotiates one with her in exchange for bringing people into her mission. The show consequently takes us from the bustle of Times Square to the dance clubs of Havana to the sewers of New York City as it demonstrates the great lengths to which a guy will go when he truly falls in love with a doll. Meanwhile, with its score including such beloved classics as “Luck Be a Lady Tonight,” “Sit Down You’re Rockin’ the Boat,” “If I Were a Bell,” and “A Bushel & a Peck,” audiences are sure to fall in love with GUYS & DOLLS!
Every offering on the 2019-20 schedule will showcase exceptional professional talents both on- and off-stage and each one is sure to be enjoyed by both frequent Circa ’21 patrons and those previously unfamiliar with this beloved Quad Cities institution. For tickets and season subscriptions, call 309-786-7733 Ext. 2 – with additional information always available at Circa21.com – and reserve the best seats in the house for the theatre’s amazing 43rd season!

Sean Leary
Sean Leary is an author, director, artist, musician, producer and entrepreneur who has been writing professionally since debuting at age 11 in the pages of the Comics Buyers Guide. An honors graduate of the University of Southern California masters program, he has written over 50 books including the best-sellers The Arimathean, Every Number is Lucky to Someone and We Are All Characters.
SeanLeary.com
See More Articles From Sean
Tagged: Beauty and the BeastBrett HitchcockCirca '21ElfKinky Bootslocal theaterSaturday Night Fever