Home › Articles › Things To Do › Arkansas is Digitally Released

Tess Abney May 4th, 2020 Things To Do, Local, Entertainment Share:

Lionsgate will release the Clark Duke thriller-comedy Arkansas on May 5 on digital and on-demand platforms. The film was set to debut at SXSW earlier this year and was slated to hit theaters on May 1 before the pandemic. 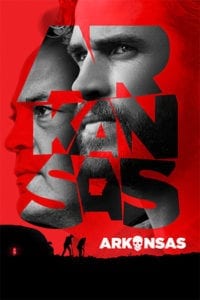 This star-studded drug drama featuring Liam Hemsworth, Vince Vaughn and Vivica A. Fox, can be digitally purchased from Amazon Video and iTunes.

In the state of Arkansas, two low-level criminals, Kyle and Swin, run drugs for a living. They work for the Dixie Mafia under a kingpin known only to them as Frog. They’re so far down the food chain that they don’t even know what Frog looks like if they were told to point him out to someone in a crowd. Their lives are boring and routine until one of their deals takes a horrible turn. Afterward, they’re forced to face serious and deadly consequences. To survive, they have no choice but to find a way to locate and eliminate Frog.

Tess Abney
Tess Abney was born and raised in the Quad Cities. Her passion for writing and entertainment was apparent at a very young age. Whether it is sharing local events and businesses with readers or sharing her thoughts on life, she finds comfort in the way words can bring people together.
See More Articles From Tess Abney
Tagged: 2020ArkansasClark DukedigitalEventsLiam HemsworthmoviereleaseThings To Do