The new Bettendorf-based Double Threat Studios will debut its first production, “James and the Giant Peach Jr,” this weekend in three 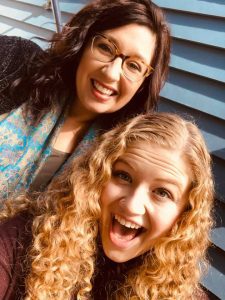 “We have been lucky enough to be able to work with several local theaters to help support through the pandemic,” Double Threat co-owner Megan Warren said this week.

The cast features 13 3rd-8th graders performing the full production – and students come from Davenport, Bettendorf, Moline, and Rock Island. The show is based on Roald Dahl’s book of the same name featuring essentially the same story. The weekend performances are all sold out.

“We aim to encourage boldness, confidence, creativity and community through performance,” according to its Facebook page.

Those students have been working for 12 weeks in rehearsal singing, dancing, tapping, and blocking, Warren said.

“Our students come from all across the Quad-Cities, and have a variety of performing experience — some very experienced, others participating in their first show,” she said.

“I think I speak for Steph and myself when I say that the students have just absolutely blown us away,” Warren said by e-mail. “Their excitement and talent just radiate, and I think the coolest thing to see has 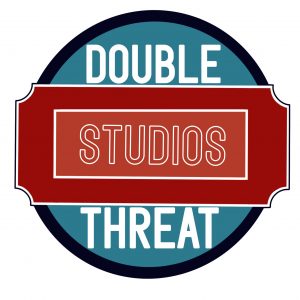 The studio is at Duck Creek Plaza, 882 Middle Road, Bettendorf.

been the cross-city/school friendships that have been forged. Our ‘Newsies’ cast actually has a huge group chat they’ve started (I don’t want to know what they talk about), but it’s super cool to think that young theatre lovers across the Quad Cities have been able to connect and create friendships with others they might otherwise never have known.

“Starting our own theatre company has been full of amazing joys and challenges,” she added. “This is the first time that both Steph and I have taken on complete full artistic direction of musicals, and the two of us have taken on the bulk of the responsibility.

“In these first two productions, we have given ourselves the task of costuming both shows, designing and creating most of the  props, set designing, designing and programming both the lights and sound all while also doing the direction/music direction/choreography,” Warren said. “While we don’t have a team at this time (maybe in the future), we have been overwhelmed with the support from the community and parents of our students.”

Tickets are still on sale for each “Newsies” performance and can be purchased at www.doublethreatstudios.com/store/p/newsies-performance-tickets. 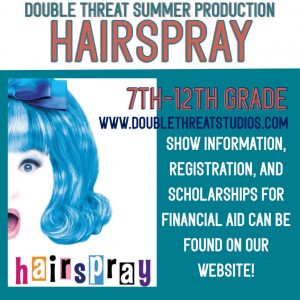 “Hairspray” will be performed by Double Threat in August.

A limited capacity will be available at Assumption, and $15 tickets are available for 7 p.m. performances Friday and Saturday, May 14-15, and 2 p.m. Sunday, May 16.

Double Threat will also stage “High School Musical Jr.” this summer in June and “Hairspray” in August (venues to be announced later).

In April 2020, Warren and DeLacy debuted their “Double Threat” podcast on musical theater, and have released 43 episodes so far.

The episodes average about 90 minutes, with a new one typically airing each Monday. The enthusiastic women each talk about a musical according to a theme for the week (like shows known for dance), and toward the end offer a “mixtape” of discussing songs from three other shows that fit the theme. Then they ask listeners to vote for which musical they prefer.

Jonathan Turner
Jonathan Turner has been covering the Quad-Cities arts scene for 25 years, first as a reporter with the Dispatch and Rock Island Argus, and then as a reporter with the Quad City Times. Jonathan is also an accomplished actor and musician who has been seen frequently on local theater stages, including the Bucktown Revue and Black Box Theatre.
See More Articles From Jonathan Turner
Tagged: double threatdouble threat the podcastjames and the giant peachMegan WarrenMusic GuildPlaycrafters Barn TheaterQuad City Music GuildQuadCities theaterspitfire grillSpotlight TheaterSteph DeLacy