Home » Articles » Music » Don’t Be Too Shy, Check Out The Video You Deserve!

Don’t Be Too Shy, Check Out The Video You Deserve!

It was 1982, and a four-piece band calling themselves, pretentiously enough, Art Nouveau, was seeking just the right singer to put them over the top in regard to their career aspirations. Which, at the time, were basically to get them out of jobs that included the phrase, “Do you want fries with that?”

They were in England, so it would’ve been, “Do you want CHIPS with that?”

Anyway, so you had this band, Art Nouveau, made up of Nick Beggs, Jez Strode, Stuart Coxford-Neale and Steve Askew, from Leighton Buzzard, England. Looking for a singer. Looking for their big break.

And, into their lives and into their world came a young doorman and scenester with a distinct look named Christopher Hamill, who, it turned out, could actually sing. BONUS! 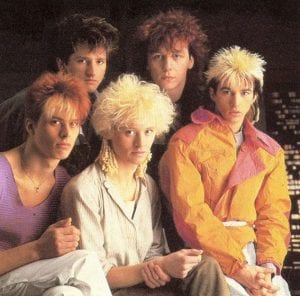 It turned out Christopher was looking for a band, and, this band was looking for him, and in the spirit of things, they got together and started writing some songs. But they realized that maybe Art Nouveau was too precious and esoteric of a name. Maybe they needed something more universal and embracing of the general proletariat, something that the everyday man could click with.

Yes, that was the ticket.

And so, KajaGooGoo was born.

Before long, the lads were making music together, and, before too longer, Christopher Hamill, who had decided by now to go by the name Limahl (an anagram of his last name) was running into the mega-famous Nick Rhodes of Duran Duran at the club where he worked. He slipped Rhodes a copy of the band’s demo tape, Rhodes was impressed, and he took it over to Duran’s record company, EMI, which signed the band pretty much immediately, under the caveat that Rhodes produce their debut album along with Duran Duran producer Colin Thurston. 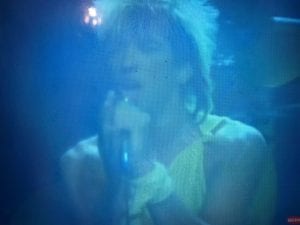 The result is actually a pretty fantastic debut record, combining the quirky synth pop of the time with some terrific pop hooks and underrated funky bass work by Nick Beggs, who has gone on to become a very respected musician beyond his initial “teen pop” stigma with KajaGooGoo. The debut, “White Feathers,” was a worldwide success, topping the charts throughout Europe and elsewhere, including a run at platinum in the United States.

While pretty much a one-hit-wonder in the states, they scored a couple of extra top tens in their native Britain, including “Ooh To Be Ahh,” and “Hang On Now,” and it was all on the momentum of the band’s irresistible debut single, and its equally fun and creative video which showcased the band’s unique look, sound and style perfectly.

Of course, I’m talking about the mega-hit “Too Shy.”

The song got as high as #5 in the U.S., while hitting number one in the UK, Germany, Belgium, Ireland, Japan and elsewhere worldwide in spring and summer of 1983. It cleared the top 10 in Canada,France, and a host of other countries, and shot KajaGooGoo into 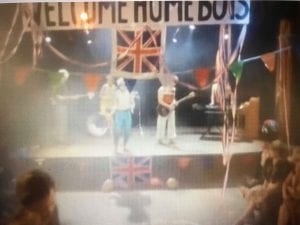 the spotlight, where they quickly burned out and faded. By fall of 1983, Limahl had split from the band, much to their detriment.

KajaGooGoo had a couple of slight hits in the UK, scoring a top ten with “Big Apple,” and another top 30 hit, but never equaled their success with Limahl. As for the singer, he had a couple of slight hits like “Too Much Trouble” and “Don’t Suppose” before having one huge banger with “Never Ending Story” (which gained a new life, and chart success, with its inclusion in the show “Stranger Things”), a massive top 10 hit worldwide. But Limahl’s story after that titanic song had a definite end, and before long he and the band were both on the outs in the music biz.

Since their heyday they’ve reunited a few times, and finally buried any harsh feelings and reconciled. They recorded some new music and toured a bit around Europe. But their pinnacle remains their debut single, an irrepressible slice of hooky synth pop, “Too Shy.”

And here it is, this week’s Video You Deserve…

Sean Leary
Sean Leary is an author, director, artist, musician, producer and entrepreneur who has been writing professionally since debuting at age 11 in the pages of the Comics Buyers Guide. An honors graduate of the University of Southern California masters program, he has written over 50 books including the best-sellers The Arimathean, Every Number is Lucky to Someone and We Are All Characters.
See More Articles From Sean Leary
Tagged: '80s tunes'80s videos80s musicDuran Duranjez strodekajagoogoolimahlnick beggsnick rhodesSean Learytoo shyvideo you deserve