Disney Performers With Quad-Cities Ties Still Not Working in Florida

Though the Actors’ Equity Association reached an agreement with Walt Disney World last month regarding Covid-19 testing, performers Nathan and Whitney Meyer still have not been called back to work.

Disney and Equity were in discussions over the testing of cast members (as Disney employees are called) since late June; the four Orlando-area theme parks reopened to the public in mid-July.

“We have been consistent that testing is an important part of ensuring a safe workplace for Equity performers, and today, I’m pleased to see that Disney World has agreed,” Kate Shindle, president of Actors’ Equity Association, said of the Aug. 12 agreement. 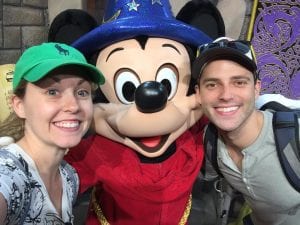 Disney at the time said the new public testing site was not connected to their discussions with Equity.

“We have offered the location to help with community testing. The Florida Division of Emergency Management will operate the location, which is available to Cast Members and their immediate families as well as Florida residents,” the company said last month. “Any suggestion that this has been done as a result of any one union is unfounded. Our actions support all cast and our community at large.”

Disney agreed to have a state-run drive-through testing store for all cast members and their immediate families, as well as the public at the resort – with a dedicated lane for cast members to get tested, according to Forbes.com. Some Equity performers have returned to Disney World, but not the Meyers.

“Disney has provided testing which we haven’t taken advantage of yet, but we hear it’s convenient,” Nathan Meyer — a 34-year-old graduate of North Scott High School, Eldridge — said by e-mail Wednesday. He and his wife Whitney (who have a two-year-old son, Greyson) have worked at Disney World since 2016, but have been unemployed since the theme parks shut down in March.

“Of course it’s difficult not performing,” Nathan said. “Our hearts are aching for the arts communities all of over the globe. Our field of work especially has taken a huge hit during this global pandemic.

“We are anxiously awaiting calls to return back to work,” he said. “We want to help create the magic again.”

On June 23, Disney announced plans to recall cast members for rehearsals the following week. On June 25, Equity made a public statement that actors need to be tested because actors cannot practice social distancing throughout their workday. The following day, Walt Disney World rescinded all of its recall notices for Equity members. 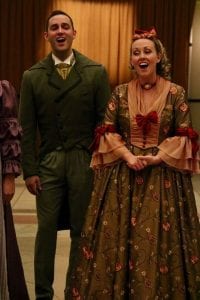 Nathan and Whitney singing in Voices of Liberty.

Those who portray Disney’s animated characters in parades and meet-and-greets but don’t sing or speak live in scripted shows are not represented by Equity.

Equity has recently approved safety plans for “Diana: A True Musical Story,” and two theatres in Massachusetts. All the safety plans included testing.

Equity has been working to protect the safety of its members from Covid-19 since before the pandemic caused widespread closures nationwide, according to actorsequity.org.

All parks at Walt Disney World and Universal hit their reduced capacity limits on Saturday, Sept. 5, which the Associated Press notes is the first time that happened since the pandemic began and attendance was reduced.

The parks do not release capacity figures, but Disney Parks executive George Kalogridis said prior to the parks’ reopening that the company was considering reopening at 20% to 30% of its total capacity; Florida Gov. Ron DeSantis said in August he was supportive of theme parks further increasing capacity; Disney and Universal have not responded to requests for comment regarding whether or not they’ve done so, according to Forbes.

Walt Disney World’s parks have reduced their operating hours since Labor Day, and both Disney and Universal have cancelled their annual after-hours Halloween events.

Forbes reported Disney World attendance has dropped 80% compared to the same period last year. STR, which compiles data on the hotel industry, also reported that hotel occupancy in Orlando was at only 27.2% during the week ending Aug. 29, which is one of the lowest rates of any market in the country.

Theme park reopenings have been a major source of controversy amid the Covid-19 pandemic, particularly Walt Disney World’s decision to reopen as cases surged in Florida, Forbes wrote.

Disney CEO Bob Chapek said on an earnings call in early August that attendance had been lower than anticipated and there had been more cancellations than the company had predicted, and Disney’s parks division saw a $2 billion loss in its third quarter due to its park closures.

Covid-19 cases in Florida have declined from the state’s peak in July, though the state has still been reporting more than 3,000 daily cases in recent days. Disney has projected that theme park attendance will go up as cases go down, with Disney CFO Christine McCarthy saying on the recent earnings call, “We expect demand will grow when the Covid situation in Florida improves.” 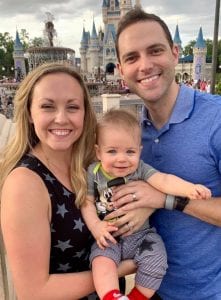 At disneycovid19test.com, WDW employees as well as their family members can sign up for coronavirus testing. They are to use a self-administered nasal swab while supervised by medical personnel and remain in their cars. Those who are tested will be notified of results in three to five business days.

Ttesting had been an issue of contention for Equity, and the union’s 750 performers did not return to work after Disney World reopened in July. The union filed a grievance against Disney, alleging that the media and entertainment conglomerate was “retaliating” against Equity members by rescinding notices that had called 220 of the union’s performers back to work, according to variety.com.

Disney responded that the seven unions representing 48,000 other workers had signed agreements to return to work when the Florida theme park reopened, and was exercising its right to open without Equity performers.

The Actors’ Equity contract at Disney runs through 2022. The company did not previously offer Covid testing, but pointed to its own safety protocols, which include increased cleaning, physical distancing, and requiring workers to self-screen with temperature checks and wear face coverings.

All park guests age 2 and over must wear masks. Everyone must have a temperature screening with no-touch thermometers before entry to some locations at Walt Disney World Resort, including theme parks, the Disney Springs area and table-service restaurants at Disney Resort hotels.