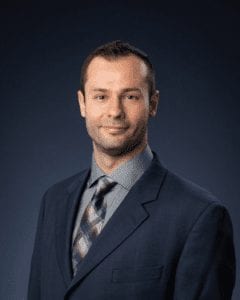 The Quad City Storm is excited to announce Storm head coach Dave Pszenczny has been signed to a two-year contract extension.  In an abbreviated second season with the Storm, Pszenyczny increased the team’s winning percentage significantly and navigated the Storm in to one of eight playoff positions at year’s end.

“We made great progress in multiple ways this season,” said Pszenyczny. “I’m disappointed this team didn’t get a chance to excite the Quad Cities in the playoff push and postseason, but I couldn’t be more excited for next year.  I’d put our returning core of players up against anyone’s heading into next year. Great things are coming.”

Storm owner John Dawson is pleased with the style of hockey he saw this year.  “We like what we have seen from Dave and believe in his philosophy,” Dawson said.  He wants to create a roster that can win in the post season.  We felt this year we had that, and were in a position to prove it.  I’m excited to see bigger and better things next year.”

Sean Leary
Sean Leary is an author, director, artist, musician, producer and entrepreneur who has been writing professionally since debuting at age 11 in the pages of the Comics Buyers Guide. An honors graduate of the University of Southern California masters program, he has written over 50 books including the best-sellers The Arimathean, Every Number is Lucky to Someone and We Are All Characters.
See More Articles From Sean Leary
Tagged: Dave Pszencznylocal hockeylocal sportsQuad City Storm