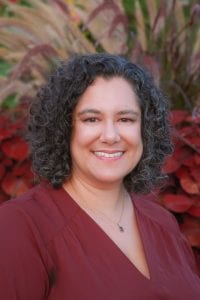 BREAKING NEWS: In a race marked by divisiveness and strife, with a flashpoint of dark money fliers featuring misspelled accusations sent out to voters, Sangeetha Rayapati has defeated Stephanie Acri for Moline Mayor.

Acri won the mayoral race in 2017 as a write-in over incumbent Scott Raes after Raes challenged her candidacy and the candidacy of then-challenger Bob “Mr. Thanksgiving” Vogelbaugh over them allegedly misnumbering their applications. At the time, Raes seemed poised to repeat as mayor, but the move — particularly after the beloved Vogelbaugh dropped out — backfired, and Acri was able to defeat Raes on a write-in campaign.

In a similar vein, it seemed Acri had a leg up on her challenger in this race and she was favored for re-election. However, in recent weeks, fliers from a dark money political group were spammed out to Moline voters falsely accusing Rayapati of misconduct during her time as president of the Moline-Coal Valley School Board. The initial reaction to the fliers was one of shock, but once voters began learning the background of the actual story behind the accusations, they recognized the allegations were dubious and sensationalistic, and that seemed to turn the tide of the campaign.

For more information on Rayapati’s campaign and goals for her tenure, see here.

Sean Leary
Sean Leary is an author, director, artist, musician, producer and entrepreneur who has been writing professionally since debuting at age 11 in the pages of the Comics Buyers Guide. An honors graduate of the University of Southern California masters program, he has written over 50 books including the best-sellers The Arimathean, Every Number is Lucky to Someone and We Are All Characters.
See More Articles From Sean Leary
Tagged: dark money fliersMolinemoline mayormoline school boardsangeetha rayapatischool boardStephanie Acri