Given that it’s St. Patrick’s Day and the Irish are known as imaginative and entertaining storytellers, we thought you would enjoy this short story about the holiday… 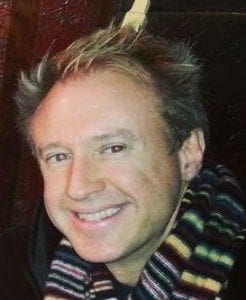 Into the midst of the candlelit enclave, a battle room wide and fortressed in marble, the sliver of a man dropped, clad in a white so brilliant it seemed to glow against the indefinite light with armor of moss green leather and gold strapped about him. He held in his hand a wooden scabbard, carved with various sigils of silver and gold, and with a quick move it leapt to his hand and erupted into a blade of sacred flame, emerald green.

The black-swathed figures about the room were shocked, disquieted for just a half-second at his arrival, but quickly recovered and began circling him, closing in on their quarry.

They were lithe and lanky, clad in ebon battle garb that allowed for the wisp of movement while snaking tight at the curve of muscles twitching in anticipation of battle. Their swords were drawn and ready, ebonblades, with worn ruby quartz handles grasped tight, emitting violet black columns of flame in a distinct fang, unholy swords with the power to disrupt and dismiss supernatural flesh and inflict blinding pain and death to humans in direct proportion to their level of fear.

The colorless blade of a man in the midst of them stood stoic.

He scanned the room, clad in the same fitted garb as his attackers, watched passively as they advanced upon him.

Until, at the last moment, as they were mere feet away, he assumed a defensive stance, girding himself for battle.

The first rushed him, quickly and deftly avoided with an economy of motion that allowed him to just as easily slip from the attacks of two others, whose flailing blades jolted two other advancing attackers into death with a swing of his emerald blade.

The ivory figure leapt high into the air, spinning and hovering, as four more sent their swords whirring in the direction of the space he had been in, only to find their companions, sending more to the ground, limp and unmoving.

Scampering across the wall, defying gravity, the glowing wraith hit the floor with the grace of a panther before slicing through the ranks of the demon throng, their swords just missing him, finding only each other, until only two ebon-clad fighters remained, cautiously advancing on the white figure standing calmly between them, measuring their paths of attack.

Avoiding the pitfalls of their companions, the two attacked not in unison, but as individuals, the first rapidly slicing an irregular pattern in the air before his target, attempting to distract and disorient him, before making a swift jab inward at his heart.

But in one lightning fast movement, the ivory shadow slipped aside from the blade, forcing the attacker off balance, allowing the man in white to grasp his wrist, and in one deft, expert twist, enabled him to wrest the ebonblade from his grasp.

Now armed with two blades, the ghost spun in a furious arc, striking down both of his remaining predators, and standing alone, amidst the fallen.

With a thought, he dispatched the ebonblade into its ruby quartz sheath, and flung it across the room.

At that moment, a crow cried and a gong sounded, and a stone portal opened at the far end of the room.

Emerging from behind the ancient gateway was another warrior, larger than the rest, yet still with the same thin, wiry gait.
He was swathed in warriors’ robes of the same cut, but colored a deep crimson, with the same cowl hiding his face, only the crimson glimmer of his eyes visible in a sliver of shadow. His hand held a sinister ebonblade, wrapped in snakeskin.

In his hand was a handle of onyx and silver runes, far more ancient than any ebonblade, a sword of legend, of demonic power, a sentient weapon only able to be wielded by a warrior of the most diabolical order. In an instant, it was ablaze, a majestic plume, a massive deadly claw of crimson flame.

The warrior in red leapt towards the man in white, sword raised to strike. At the last moment, the ivory figure darted through the air, out of his grasp, as the red warrior dropped to the ground, his blood-colored blade swung in a mighty swath.
The white figure leapt to a bejeweled chest at the fore of the room, and with a swipe of sacred flame from his hand, it opened, revealing an ancient crystal that glowed an eerie neon green, securing the chain between their two dimensions.
In an instant, the red warrior attacked and the two swords met in a brilliant burst of light that crackled and burst like thunder.
With an echo of strikes and parries that left fading halos of light about the two warriors, the blades slashed and crashed into one another with increasing fury, the pair of fighters captured in a dance of deliberate destruction, each attempting to get the better of the other in an increasing frenzy.

Until with one Herculean swing, the red warrior’s blade dislodged his opponent’s emerald blade from his grasp, sending it sailing across the temple floor.

Seizing upon his opening against his unarmed opponent, the crimson-clad demon swung downward without a second’s thought.
And within that moment, his prey eluded him, slicing away from the fiery blade as the white warrior scissored a leg across the shins of the red warrior pitched forward, sending him stumbling to the ground.

Quickly gaining command from his opponent’s fall, the white warrior outstretched a long-fingered hand and with a magnetic force the warrior’s lost wooden scabbard was once more in his hand and it erupted with emerald holy flame. The crimson warrior’s sword rang down but it was blocked and parried as the white warrior leapt to his feet. The crimson demon struck again, but was once more thwarted and he was knocked to the floor.

The white warrior stood above the red warrior and with an invisible, magnetic pull of unstoppable force, the blade handle was yanked from the hand of the stunned, fallen demon and spun fast and sure into the grasp of the white warrior, where its flamed blade was extinguished, the handle flung to the far end of the temple.

The red warrior, dazed and fallen, sat up slightly, reached up, and removed his cowl, revealing a sharp, dark face, reptilian, half-human, half-lizard. He tried to attack the white warrior, tried to claw at him with his razor sharp talons, but the warrior was too quick, and with a mighty swing of his emerald holy sword, he sliced back the demon’s attack. With another herculean blow into the demon’s chest, he sent him skittering back to the nether realms with his reptilian brethren.

Back to the forbidden dimension bearing the same name they had dared to call the white warrior’s land, when they had taken it over so many years ago.

The throne room cleared of the demonic entities, the white warrior focused his attention upon the crystal, which began to growl and moan as reptilian ebony figures whirled about inside it, trying to gain entry into the earthen dimension.
But with a hurricane strike downward, the ivory warrior’s holy blade shattered it, destroying it, and the link between the dimensions, and sending the ashen souls of the reptilians back to their nether world.

With the demons dispatched, the white warrior found his brethren and freed them from their invisible shackles locking them in the glowing cauldron next to the throne. Freed from the prison dimension they joined him as he walked to a massive tapestry upon the wall and tore it from its space.

Touching his holy sword’s flame to it, it ignited, and the fire burned fast about its woven map, marked with the word, “Reptilia.”

“And so they shall be banished from this land evermore,” the white figure said.

“And so they shall, Padraic,” one of his fellow warriors said, putting a hand upon his shoulder.

Padraic strode confidently to the palace wall where the tapestry had hung, and, pulling an ancient scroll from his belt, he strapped it to the wall.

Worn and faded, bloodied and stained, it was a map.

The country he had reclaimed.

“And so shall our land be forever more named,” said Padraic, “Ireland.”

Sean Leary
Sean Leary is an author, director, artist, musician, producer and entrepreneur who has been writing professionally since debuting at age 11 in the pages of the Comics Buyers Guide. An honors graduate of the University of Southern California masters program, he has written over 50 books including the best-sellers The Arimathean, Every Number is Lucky to Someone and We Are All Characters.
SeanLeary.com
See More Articles From Sean
Tagged: FictionIrelandIrishReptiliaSean LearySt. Patrick’s DayStoryStorytellers