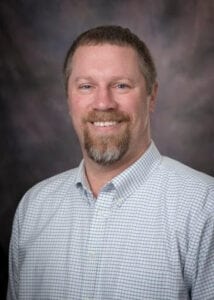 Michael Carton, director of education and outreach for WQPT (Quad Cities PBS), is in his fourth year of teaching computer coding classes to area K-3 students.

But since last spring, it’s been very limited because of Covid restrictions. Carton is happy, however, to be among seven Q-C STEM professionals and one technical organization to be honored by the Quad City Engineering & Science Council (QCESC) at its 59th-annual STEM Celebration on Thursday, Feb. 25 at 6:30 p.m.

The awards pay tribute to and recognize engineering and science professionals and educators whose outstanding achievements and contributions have made a lasting impact on technology, society and their 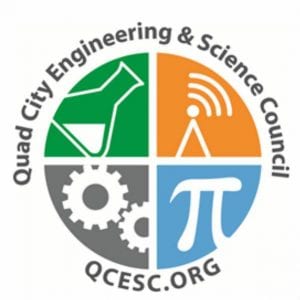 profession.  This includes helping to promote and raise awareness of STEM education and careers in the Q-C region and its schools.

“It’s definitely humbling for a lot of reasons – especially for the work we do for coding,” Carton (named STEM Teacher of the Year) said Tuesday. “We’ve had a lot of partners, funders that have seen the value, allowed us to make it happen. To receive the award lets us know we’re doing great work for the students, teachers we’re working with, and also doing great work for funders who value it as well.”

He developed and implemented a one-of-a-kind classroom outreach program for WQPT that teaches students in kindergarten through 3rd grade how to code. In just three years, he taught 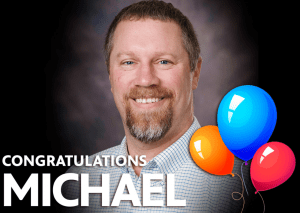 Michael Carton, WQPT’s director of education and outreach, is the 2021 STEM Teacher of the Year.

more than 1,500 students (and their teachers) to program using a free Scratch Jr. app from PBS Kids.

The 2020-21 school year is his fourth, but because of Covid, “we’re not able to get into schools the way we have in the past three years,” Carton said, noting he recently did a virtual lesson for 15 students in East Moline in late January.

“That has dramatically changed how many students we can reach,” he said. “It’s more of a wait and see approach. A lot of schools don’t know day to day if they can let people in, allow us to come in.”

In a typical year, Carton does five coding lessons with each class (averaging 45-60 minutes), and after that the kids go from knowing 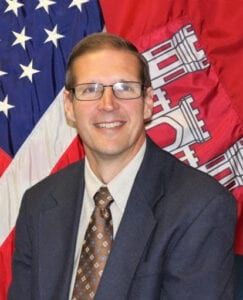 Roger A. Perk was named Senior Engineer of the Year.

absolutely nothing about coding to creating their own stories, their own games.

“They have skills to do whatever their imagination can take them,” he said. “They also have the confidence in their ability to write code and read code. A lot of parents and teachers in primary grades, they know it’s an important subject, but sort of a scary, intimidating subject. We want to make it as simple as possible.”

With the fun PBS Kids app, Carton can connect the STEM subject with language arts.

“Any time you can incorporate language arts into a STEM subject, it’s a win-win,” he said. “It gives teachers a reason to want to use it once we’re out of the classroom. They see the value — it’s not just 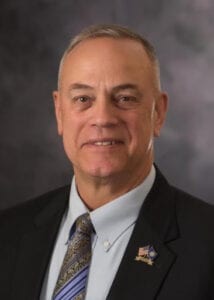 Carton has worked with school math camps, after-school science and, coding clubs, and Hour of Code community classes. Prior to WQPT, he was a teacher in the Rock Island-Milan School District, where he created science, math, technology, chess and Guys Read clubs.

years), and serving as a LEGO Education Ambassador.

The Thursday QCESC virtual event — held duringEngineers Week — provides an opportunity to celebrate, network and showcase the great STEM professionals and educators in the region.

This annual event will include awarding of STEM scholarships to the top local high school seniors along with QCESC STEM awards for engineers, scientists, Society of the Year, and STEM Volunteer of the Year. 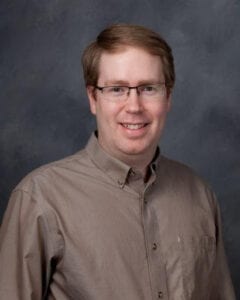 Matthew Wold was named Junior Engineer of the Year

The following professionals will also be recognized for outstanding achievements in their field (junior categories are younger than 36 years old).

Robin Willick was named STEM Volunteer of the Year

One of the most active QCESC FIRST volunteers, D’Alessandro has served as judge and judge advisor for FIRST LEGO League, FIRST Tech Challenge and FIRST Robotics Competition.  He is co-chair of the Southeast Iowa STEM Advisory Board and was instrumental in helping launch the Iowa STEM Council’s first Iowa QC Family STEM Festival in 2019.

The council also will award Society of the Year to the American Society of Civil Engineers – QC Section. ASCE is a society of professionals that plan, design, construct, and operate our infrastructure needs while protecting and restoring the natural environment. The Society represents more than 150,000 members of the civil engineering profession in 177 countries. Founded in 1852, ASCE is the nation’s oldest engineering society.

ASCE and QCESC jointly plan and co-host one of the premier annual STEM events in the Q-C, The Battle of the Bridges Competition. Volunteers organize this fun competition where school- and family- teams design and build bridges made from wooden sticks and glue.

The 14th-annual contest will have live streaming of bridge testing and awards on March 6, from the Putnam Museum & Science Center. 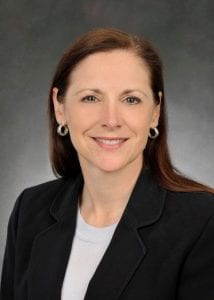 Kim Pastega, a Bettendorf native and vice president of fabrication for Boeing, is the event’s keynote speaker.

The keynote speaker for Thursday’s STEM celebration will be a Bettendorf native — Kim Pastega, vice president and general manager of Boeing Fabrication. She oversees a global operation of manufacturing sites and thousands of employees producing components for Boeing Commercial Airplanes, Boeing Defense, Space & Security and Boeing Global Services. Pastega was named to this role in April 2020.

She’s also been vice president of Production System Operations for the 787 Dreamliner program. She led the team responsible for implementing a comprehensive operations plan for assembling 787s, stabilizing the design and ensuring an integrated build schedule and factory readiness for production ramp-up.

Pastega has a bachelor’s degree in aerospace engineering from Iowa State University (graduating in 1991), where she is a member of the College of Engineering Industrial Advisory Council.

She said in a 2015 interview with Iowa State: “No matter how many times you see it, or how much you know about the physics of flight, watching an airplane you had a hand to help design or build take off for the first time is like watching magic.

“There’s always just a bit of mystery about how a several hundred thousand pound machine made up of almost 3 million parts can take to the air like a bird and travel the world over,” she said. Pastega also was featured by Iowa State in this 2011 piece.

You can register for the QCESC event (a $10 donation is suggested) HERE.

Jonathan Turner
Jonathan Turner has been covering the Quad-Cities arts scene for 25 years, first as a reporter with the Dispatch and Rock Island Argus, and then as a reporter with the Quad City Times. Jonathan is also an accomplished actor and musician who has been seen frequently on local theater stages, including the Bucktown Revue and Black Box Theatre.
See More Articles From Jonathan Turner
Tagged: Michael Cartonpbs kidsquad city engineering and science councilscratch jr. appscratch jr. pbs kidsSTEMstem teacher of the yearWQPT