The Alternating Currents festival will showcase 100-plus performances, film screenings and art-related events at more than 20 downtown 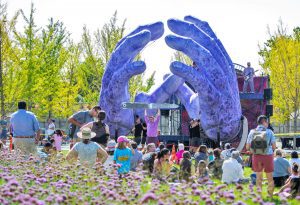 Squonk Opera, based in Pittsburgh, is being presented by Quad City Arts for the festival.

Designed to showcase the vibrant culture of our downtown areas, the annual event is billed as a music, film, comedy and art experience, according to an event release Tuesday. Alternating Currents is produced by Downtown Davenport Partnership (DDP), a division of the Quad Cities Chamber, in collaboration with local talent across our region’s creative community.

Alternating Currents will include 100+ events of music, comedy, film and art at 20+ venues in downtown Davenport.

more. Among this year’s live music lineup are:

Alternating Currents is a four-day free festival throughout downtown Davenport.

Alternating Currents is back and stronger than ever with more musicians, performers, artists and opportunities to explore our downtowns, the chamber release said. A more detailed schedule and additional acts and entertainment will be announced soon.

“We have something for everyone’s tastes — just come down and check it out,” said Jason Gilliland, director of events for DDP. “If you walk into a bar or venue and decide ‘this one’s not 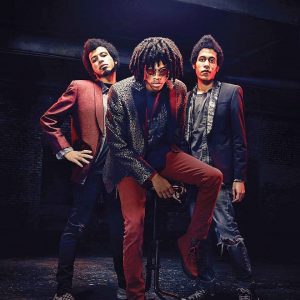 for me,’ you can just walk down the street to another performance. It’s the perfect event to find your next favorite artist you didn’t know before.”

Alternating Currents events are free to attend. But other Q-C classics are being held in conjunction with the festival, such as Quad City Symphony Orchestra’s Riverfront Pops, and have their own admission and tickets.

With more events being added regularly, participants are invited to keep track of the lineup by visiting alternatingcurrentsqc.com.

Jonathan Turner
Jonathan Turner has been covering the Quad-Cities arts scene for 25 years, first as a reporter with the Dispatch and Rock Island Argus, and then as a reporter with the Quad City Times. Jonathan is also an accomplished actor and musician who has been seen frequently on local theater stages, including the Bucktown Revue and Black Box Theatre.
See More Articles From Jonathan Turner
Tagged: Alternating Currentsblack and brave wrestling academyfox royalejason gillilandLoPiezmotherfolkradkeysquonk operatedious and brief