WQPT, Quad Cities PBS will air Stout Hearted: George Stout and the Guardians of Art. The documentary was directed by Kevin Kelley, and produced by Marie Wilkes of New Mile Media Arts, a non-profit organization based in Iowa City, Iowa on March 18 at 9:00 pm.

The film tells the story of Iowa native George Stout. Stout was the leader of the Monuments Men during World War II and was responsible 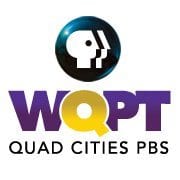 for recovering over five-million pieces of art from the Nazis. Stout’s life continues to have international impact on the fields of art conservation and monuments protection. The legacy of The Monuments Men continues today with the U.S. Committee of the Blue Shield, an organization whose goal is to protect art and monuments from destruction in areas of global conflict. The innovative methods of art conservation, created by Stout some 90 years ago, are still used currently in major museums around the world. The film combines archival and recent footage, along with interviews by top experts and historians around the country, to tell the story of George Stout and the Guardians of Art.

In 2014 actor George Clooney produced and starred in the film “The Monuments Men.” He played Lt. Frank Stokes, loosely based on George Stout with Hugh Bonneville playing 2nd Lt Donald Jeffries, loosely based on Maj. Ronald Balfour, one of the monuments men who died in their quest to find the stolen art.

According to The Monuments Men Foundation “George Leslie Stout was born in Winterset, Iowa on October 5, 1897. After graduating high school Stout studied at Grinnell College for two years, but left early due to the onset of the First World War. It was then, while serving in a military hospital unit, that Stout first saw the effect that war had on art and culture. After returning to the U.S. he studied art at the University of Iowa, becoming the editor-in-chief of The Daily Iowan, and earning a Bachelor’s degree in 1921. He worked as an instructor at the University of Iowa and the University of Pittsburgh before spending two years studying abroad in Europe,” and continues “The significance of George Stout to not only the MFAA but the preservation of Europe’s cultural patrimony as a whole cannot be overstated. In the words of fellow Monuments Man Capt. Walker Hancock, “I can’t imagine what we would have done without George Stout’s experienced guidance.” According to the records of 12th Army Group, “art treasures of incalculable value were secured and preserved… due to his [Stout’s] energetic and resourceful action.” For his devoted service as a Monuments Man, Stout received the Bronze Star and the Army Commendation Medal.”

WQPT is a public media service of Western Illinois University.

Sean Leary
Sean Leary is an author, director, artist, musician, producer and entrepreneur who has been writing professionally since debuting at age 11 in the pages of the Comics Buyers Guide. An honors graduate of the University of Southern California masters program, he has written over 50 books including the best-sellers The Arimathean, Every Number is Lucky to Someone and We Are All Characters.
See More Articles From Sean Leary
Tagged: Lora AdamsWestern Illinois UniversityWQPT