Although Althea Grace’s inspiring run on ABC’s “American Idol” was stopped on Monday night’s “Showstoppers” round, the 21-year-old 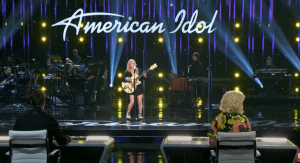 Chicago-area native is not stopping. She’s working it out.

“My heart is so full with all of your love after my run on ‘American Idol,’” Grace posted on social media, after failing to make the top 24 in the national singing competition. “Of course, I would’ve loved to have gone further, but in the end — I am so proud of myself!”

On March 29, she sang the soulful, impassioned Stevie Wonder version of the Beatles’ “We Can Work It Out.”

“I used to run from challenges in fear of failure. If I didn’t try, I couldn’t fail. But I TRIED,” Grace wrote of her “Idol” experience. “And I didn’t even fail. I crushed it. I did something I 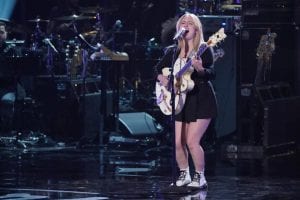 Althea Grace performed the Beatles’ “We Can Work It Out” on “American Idol” Monday night.

never knew I could do!! I showed my baby girl how strong women can be. Lennon is the biggest reason I felt ready to even take that leap. She showed me that no mountain is too tall. I am ready to keep going.”

Named after the late ex-Beatle John Lennon, Grace gave birth to her baby girl in Los Angeles in January 2019, where she’s lived since.

“Your journey has been so much growth in so little time, from when we met you at auditions,” celebrity judge Katy Perry told her in Monday’s episode. “I’m so proud of you, as a mother. This job is not easy to juggle. I can’t imagine the position that you were just in.”

“It definitely showed me my own strength,” Grace said on the show. “I think being a mom in a 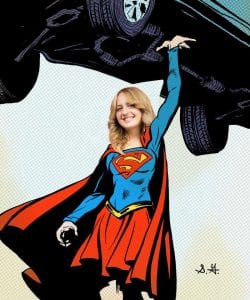 In her social media post after the March 29 “Idol” episode, Grace is illustrated as a superwoman, celebrating how she’s overcome many challenges.

competition adds a different level, with what weight it has. I want to make it past this round so bad and I just really want to keep going.”

In an “American Idol” round earlier this month (filmed in December before celebrity judges Lionel Richie, Katy Perry and Luke Bryan), Grace related that her daughter had to go to the hospital the night before – a complication of the emergency liver transplant she had to have in L.A. in January 2020, after suddenly experiencing liver failure.

“I think you might have caught me in tears, trying to stay present and be here, and focus,” Grace told the judges, before her triumphant duet with fellow contestant Camille Lamb, “You Don’t Own Me.”

Perry told her: “Althea, you’re doing the best you can, and your child doesn’t understand dreams if you 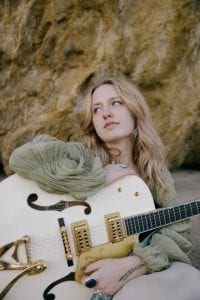 Grace last performed in the Quad-Cities in October 2019, at Bishop Hill Creative Commons.

don’t dream, so you must keep dreaming.”

A persistent, tireless young native of Algonquin, Ill. (a northwest Chicago suburb), Grace has loved music and “American Idol” since she was little – writing her first song at age 4. After graduating high school in three years, she was a full-time touring musician before having Lennon.

Grace (who has recorded for Daytrotter in Davenport) performed at Bishop Hill, Ill., Oct. 4, 2019 (with 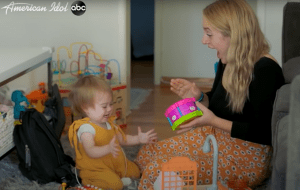 Grace’s 2-year-old daughter, Lennon, had to have an emergency liver transplant in Los Angeles in January 2020.

Chicago Farmer) and was due to play the Levitt AMP summer concert series in Galva last July, before being canceled by Covid.

“She is phenomenal. Her guitar playing is great, her voice is great, her songwriting is great, and she is just a genuinely great person,” John Taylor, a concert organizer in Cambridge, Ill., said last week. “As far as I am concerned, she is as good as anyone and I’m very excited to see her getting some attention.” 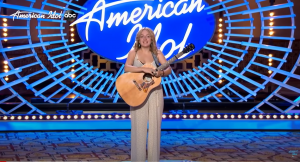 After Monday night’s show, Grace was showered with similarly effusive support on Facebook.

“You’ve shown over and over that we don’t know how strong we are until we need it and you proved it again with this run,” one post said. “Be proud of yourself.”

“Girl you are a star, no matter if on American Idol or any other place,” another said. “You are so highly talented! What a great achievement.”

You can see her last “Idol” appearance at www.youtube.com/watch?v=HKwlq8rr4JY. For more information, visit altheagraceband.com or www.facebook.com/Altheagracemusic.

Jonathan Turner
Jonathan Turner has been covering the Quad-Cities arts scene for 25 years, first as a reporter with the Dispatch and Rock Island Argus, and then as a reporter with the Quad City Times. Jonathan is also an accomplished actor and musician who has been seen frequently on local theater stages, including the Bucktown Revue and Black Box Theatre.
See More Articles From Jonathan Turner
Tagged: althea graceAmerican Idolcamille lambkaty perrylocal musicmusic